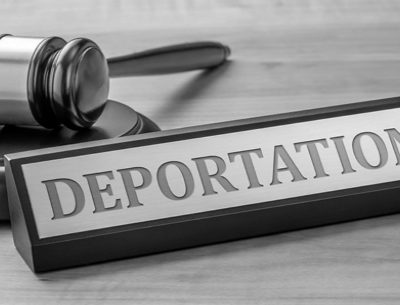 Van Phat Hua, the Appellant, a Vietnamese national, had an extensive criminal record dating back 30 years including drugs and violent crime offenses for which he was convicted multiple times, including armed robbery, cannabis cultivation, heroin trafficking, arson and assault. On 30 July 2014, he was convicted of arson, reckless conduct endangering life, making threats to kill, recklessly causing injury, intentionally destroying property, theft, and cultivation of cannabis. This resulted ultimately in a 3 and a half-year custodial (jail) sentence.

The Appellant’s temporary visa was subsequently automatically cancelled on 4 January 2016 pursuant to s 501CA of the Migration Act 1958 (Cth) . The Appellant made submissions to the Minister to revoke the mandatory cancellation. Among the documents submitted to the Minister in the course of the Minister’s decision were:

The Minister issued a decision not to revoke the mandatory cancellation on grounds that the Appellant’s threat to the community, having regard to all the facts, outweighed the counter- considerations of his ties to the community, the evidence of his wife (whom the Appellant had abused) that he had reformed, the needs of his disabled child, and his own expressions of remorse. Part of the Minister’s reasons mentioned that the Appellant did not make ‘direct expressions of remorse’ to the Minister.

The Appellant attempted to have the failure of the Minister to revoke the mandatory cancellation of his visa judicially reviewed on the grounds that the Minister had not considered the Statutory Declaration and the Leggett Letter, and that this failure to consider that evidence amounted to jurisdictional error.

The primary judge concluded that it was not made out that the Minister had no regard for the Statutory Declaration. The Primary judge also found that even if the Statutory Declaration was overlooked, it was not material. A similar conclusion was reached in respect of the Leggett Letter: the better explanation for the failure of mention was not a failure of consideration, but even if it was, there was no jurisdictional error.

This matter was appealed to the Federal Court of Australia, and further review was sought on the basis that the Primary Judge erred in regarding the Statutory Declaration and the Leggett Letter as not significant in the circumstances of the case.

Held by the Judge:

The failure of the Minister to consider the particular evidence of the Statutory declaration was found to be not material, as the underlying issue was whether the Appellant was remorseful, and even stronger evidence than the statutory declaration, namely the testimony by the Appellant’s wife, was considered, and the remorse was implicitly accepted in the Minister’s reasons. Moreover, the Appellant’s remorse was implicitly granted, and as just one factor in a multi-factor assessment of whether to revoke the visa cancellation, and unlikely to change the Minister’s decision in any event. This was sufficient for the judge to find that the Statutory Declaration was not material. The risk to the Australian Community was an overriding concern in the Minister’s decision, and would have overridden even good evidence of the Applicant’s remorse.

The Minister was held to have had due regard to the Leggett Letter implicitly, as part of the evidence for the Appellant’s behaviour in custody.

The appeal was dismissed with costs.

An important lesson to draw from these proceedings is that visa cancellations, especially for weighty considerations like threat to the Australian public, are difficult to appeal on technical points, because any point significant enough to invite judicial review as jurisdictional error must be capable of producing another result that what was actually decided.

Minister for Immigration and Border Protection v SZMTA [2019] HCA 3; (2019) 93 ALJR 252 at 263, [45].- helped to find that ‘A breach is material to a decision only if compliance could realistically have resulted in a different decision.’