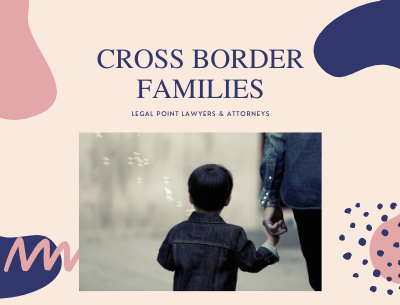 Often, following the breakdown of a family unit, parents are able to mediate and make living with and spend time with arrangements for their child, in other circumstances, parents require a domestic Family Law Court to make Court Orders in relation to such parenting arrangements. But as more and more family units consist of family members from a diverse family, cultural or international background, parents may be faced with the challenge of deciding where the new family unit post-breakdown will reside, whether this be domestically or internationally, especially when one parent wishes to relocate to another country or return overseas to reunite with their extended family. In some instances, parents are able to agree that their child will continue to live in Australia, or be permitted to travel for overseas visits, or relocate to another country that is reflective of a parent’s international background. However, there are other instances where parents cannot agree, and one parent then takes matters into their own hands and makes an executive decision to remove their child from Australia indefinitely, and importantly, without the other parent’s knowledge nor consent. In other instances, a parent, who may reside in a different country has retained a child following the end of an overseas visit. Such matters are referred to “international child abduction”. This is because the Hague Convention on the Civil Aspects of International Child Abduction (Convention of 25 October 1980) (herein referred to as the “Hauge Convention”) recognises that it is wrongful to remove a child from a country or fail to return a child to their usual country of residence in circumstances where the “taking parent” does not have the right to do so. Such circumstances, the “left behind parent” should quickly take action and seek the return of their child to their usual country of residence. Whilst the Hauge Convention provides the international legal framework, it is noted that not all countries are signatories nor enforce such matters.

Under Australian law, the Hauge Convention is enforced and recognised, and therefore parents are able to seek assistance with the following scenarios:

1. Seek parenting arrangements for a child who is living in Australia, or

2. Seek the return of a child who has been removed from a listed convention country (State) to Australia, or has been unlawfully retained in Australia.

The Hague Convention is enforced between Australia and the following countries:

The following countries have acceded to the Hague Convention on the following dates, but it is not yet in force between Australia and these countries:

The following elements are integral elements of cases concerning the international abduction of children:

1. Children covered by the Hague Convention

The Hauge Convention ceases to apply when the child attains age 16 (Authority: Article 4 of the Hague Convention).

The child’s usual State (Country) of residence prior to the wrongful removal or detention of the child overseas.

The removal or retention of a child is considered to be wrongful where:

– It is in breach of rights of custody attributed to a person by the State in which the child was habitually resident immediately before the removal or retention; and

The Hauge Convention applies to any child who was habitually resident in a Contracting State immediately before any breach of custody or access rights (Authority: Article 4 of the Hague Convention).

3. Jurisdictional issues under the Hague Convention

Applications need to be lodged within a reasonable time (Authority: Article 16 of the Hague Convention).

If a period of less than 1 year has lapsed from the date of the wrongful removal or retention, the court shall order the return of the child (Authority: Article 12(1) of the Hague Convention).

Rights of custody may arise by operation of law, by judicial or administrative decision, or by agreement having legal effect under the law (Authority: Article 3(a)(b) of the Hague Convention).

“Rights of custody” includes rights relating to the care of the child and the right to determine the child’s place of residence.

“Rights of access” includes the right to take the child for a limited period of time to a place other than the child’s habitual residence (Authority: Article 5(a)(b) of the Hague Convention).

6. Exceptions to Return: Consent and Acquiescence

The person having care of the child was not actually exercising the custody rights at the time of removal or retention, or had consented to or subsequently acquiesced in the removal or retention (Authority: Article 13(1)(a) of the Hague Convention).

Question to be considered – if the child was returned to State X, is there a grave risk the child would be exposed to physical or physiological harm, or otherwise placed in an intolerable situation? (Authority: Article 13(1)(b) of the Hague Convention).

The Court may refuse to order the return of the child, if it finds the child objects to being returned, and has attained the age and degree of maturity at which it is appropriate to take account their views (Authority: Article 13(2) of the Hague Convention).

9. Exceptions to Return – Settlement of the Child

Even where the proceedings have been commenced after the expiration of the 1 year period, the Court shall also order the return of the child, unless it can be shown the child has settled in its new environment.

Lastly, where the Court has reason to believe the child has been taken to another State, it may then stay the proceedings or dismiss the application for the return of the child (Authority: Article 12(2)(3) of the Hague Convention).

Disclaimer: This publication provides general information of an introductory nature and is not intended and should not be relied upon as a substitute for legal or other professional advice. While every care has been taken in the production of this publication, no legal responsibility or liability is accepted, warranted, or implied by the authors or our firm, and any liability is herby expressly disclaimed. 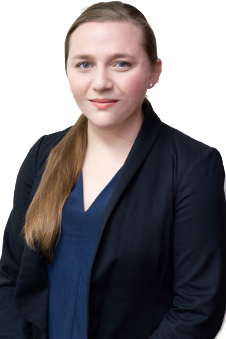 Georgia holds a Bachelor of Laws and Bachelor of Business Administration from Macquarie University and a Graduate Diploma of Legal Practice from The College of Law. Georgia was admitted as a Solicitor of the Supreme Court of New South Wales and her name was entered on the High Court Register of Practitioners.

Prior to joining Legal Point Lawyers, Georgia predominately practiced as a Solicitor within Family Law, acting for clients seeking parenting arrangements as well as urgent relief such as Airport Watch List Orders and Recovery Orders.Georgia also held carriage of matters falling within the Care and Protection jurisdiction of the Children’s Court, acting in Application of Care Orders and Application to Vary or Rescind Care Order matters.

During her time at Legal Point Lawyers, Georgia has acted in transactional and litigation matters within Family, Equity and Commercial Law jurisdictions. Georgia has further appeared on behalf of clients in Status of Foreign Judgement matters, successfully obtaining Orders to recognise and enforce foreign Judgements within the local jurisdiction.