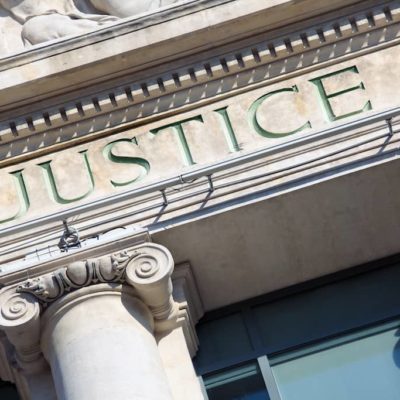 To tackle the COVID-19 pandemic in New South Wales, which unfortunately has the most confirmed cases, the COVID-19 Legislation Amendment (Emergency Measures) Bill 2020 commenced on 25 March 2020. The general goal is to enforce social distancing and reduce travels and contacts of people, in order to control the spread of the virus and protect the general public from it.

The justice system, where personal contact such as appearance in courts and jury trials play an essential role, face changes under the measures introduced by the Bill. Such measures are temporary for at least 6 months after its commencement, but not more than 12 months as prescribed by regulations.

An accused person in bail proceedings will appear by audio visual link unless the court directs otherwise.

The court may also direct, or a party may apply for a direction, that an accused person, a witness, or a legal practitioner representing a party appear in a proceeding by audio visual link. To make the direction, the court must consider the interest of justice and give the parties an opportunity to be heard. The court must also be satisfied that a party has a reasonable opportunity to communicate with his legal representative in private.

A person may appear before the Mental Health Review Tribunal for the purposes of mental health inquiry by way of telephone upon the Tribunal’s approval, if the Tribunal thinks it necessary due to the COVID-19 pandemic.

The sheriff may exempt a person from being selected to be summoned for jury trials or coronial inquests by considering the safety or welfare of that person or the community at large.

A court may order that an accused person be tried by a judge alone if the accused having received legal advice consents such an arrangement. The court must also consider the interest of justice if the prosecutor does not agree to the arrangement.

Use of pre-recorded evidence

For criminal proceedings in the District Court or the Supreme Court, the court may order that evidence be given in pre-recorded evidence hearings without a jury. Such pre-recorded evidence is then viewed or heard in subsequent jury trials of the case. Subsequently, if there are new trials in all courts because the original trial is discontinued for any reason, or new trials ordered upon an appeal against conviction, then the pre-recorded evidence can also be admitted in such new trials unless the court declines admission on the ground of unfair disadvantage to the accused.

Witnesses eligible to give evidence in pre-recorded hearings are complainants in proceedings of sexual offence, domestic violence offences and serious indictable violence offences, as well as those who are more susceptible to COVID-19 because of age or health. Having given pre-recorded evidence, the witness will need the court’s leave to give further evidence in trials and subsequent proceedings.

To make such an order, the court must be satisfied with the interest of justice of doing so. In particular, the court must consider the wishes and circumstances of the witness and the availability of necessary facilities. The accused person must have received legal advice in this regard, and both parties must be given an opportunity to be heard. Moreover, and all the pre-trial disclosure and case management requirements are complied with.