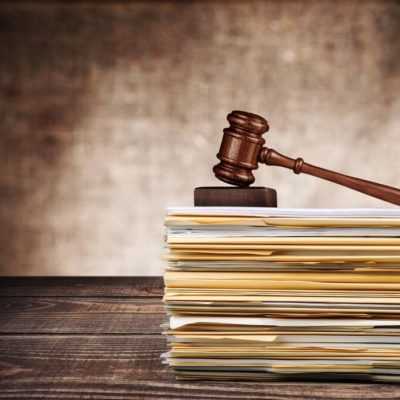 Domestic violence involves violence (including physical, psychological, financial or other forms of abuse) in relationships of family, de facto partnership, cohabitants etc. Concerns are aroused to a potential rise in domestic violence as a vast population is sent home without a job as a result of the COVID-19 pandemic. Such a concern is made clear as the Australian government included in its pandemic relief package $150 million for support related to domestic violence.

Correctional premises such as prisons attract public health concerns during the pandemic given the dense concentration of inmates on those premises. In New South Wales, the Crimes (Administration of Sentences) Act 1999 has been amended to empower the Corrective Services to release an inmate on parole if its Commissioner is satisfied that the release is reasonably necessary considering the risk of public health and the good order and security of the correctional premises. Such a power lasts for 6 to 12 months from 25 March 2020. In this context, what if domestic violence offenders are released from prison and pose a risk to victims of their domestic violence after they return home?

Such a concern can be addressed by multiple safeguards in the relevant laws and regulations.

First, offenders that might be released are confined to those who face higher health risks during the pandemic because of existing medical conditions or vulnerability, such as old inmates, and inmates who might expect a release in no more than 12 months ahead. Moreover, the Corrective Services cannot release serious offenders or sex offenders. Only low-risk inmates might be released.

Second, the Commissioner of Corrective Services must take into account a range of factors when considering the release of an offender. For domestic violence offenders, the Commissioner must consider, in particular, the impact on the victim of domestic violence and persons who are likely to reside with the offender after the release. Therefore, no decision can be made lightly.

Third, an offender is only released on parole subject to parole conditions including that the offender must maintain good behaviour and must not commit any offence. If the offender breaches the conditions, minor breaches will be dealt with by Community Corrections. If the breach is serious, Community Corrections can report it to the Parole Authority which has the power to revoke the parole and have the offender arrested and returned to custody. For offenders released on parole during the pandemic by the Corrective Services, the Commissioner also has the power to impose parole conditions and revoke the parole for any reason. Therefore, should domestic violence occur again, it is possible for the offender to be taken back to prison.

Therefore, although possibility exists for domestic violence offenders to be released before completing their prison terms, multiple legal safeguards are in place to minimise their risk to the victims of domestic violence and the community.

In general, protection available to victims of domestic violence remains unchanged. In the event of domestic violence, including the victim being harmed or being threatened of harm by the offender, it is common for the victim to report to the police which might on behalf of the victim apply for an Apprehended Violence Order (AVO). If the police refuse to apply for the AVO, the victim can apply for the AVO on their own. An AVO imposes restrictions on the offender’s behaviour to protect the victim.  It is an offence to breach the restrictions under an AVO with penalties including fines and imprisonment.

What is changed amid the COVID-19 pandemic relates to court procedure aiming at reducing the risk of spreading the virus through court proceedings.

In New South Wales, an AVO application is filed with the Local Court which will schedule a court hearing to hear the case and, if circumstances so justify, make a final AVO. In response to the pandemic, the Local Court has adjourned existing AVO proceedings for at least 3 months and postponed AVO hearings. Despite that final AVO decisions will be delayed as a result, the victims can still be protected as the court can issue a provisional AVO or an interim AVO. A provisional AVO is applied for by the police if they think it necessary to give the victim immediate protection upon the victim’s report. An interim AVO is made when a victim applies for an AVO on their own or the AVO proceeding is adjourned. Moreover, the Local Court will continue to deal with urgent applications and issue interim AVOs promptly when necessary. When the parties need to communicate with the court, they are required to do so in writing or by email.

If the domestic violence offence is so serious as to be heard before the District Court or the Supreme Court, the court may direct, or the party can apply for a direction, that a witness give evidence by audio-visual link. The court may also order that the victim give evidence in a separate evidential hearing rather than in a jury trial. Such an evidential hearing will be recorded and then played in the jury trial.

To conclude, the pandemic only brought changes to court procedure in relation to domestic violence cases for reducing the risks of parties contracting the virus by attending court hearings. The protection available to victims of domestic violence under Australian law remains unchanged.