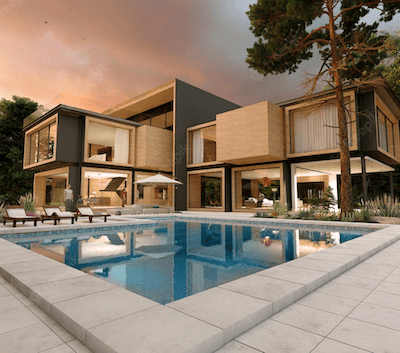 What is Sunset Clause? How important Sunset Clause is to your property contact? We note that the NSW Government passed the Conveyancing Amendment (Sunset Clauses) Act 2015 on 17 November 2015 and that this act grants further protections for off the plan purchasers.

This act, (Sunset Clauses) Act 2015 is now found in Division 10 of the Conveyancing Act 1919 and is titled, ‘off-the-plan contracts’. Division 10 of this sunset clause act raises apprehension about the fact that some developers use the ‘sunset clause’ in order to terminate an off-the-plan contract and thereby gain financial benefits from such termination. As addressed in the government bill, some are concerned that developers take advantage of the sunset clause by intentionally delaying a building project. When this occurs, essentially, the purchaser receives their deposit back but will not be able to recover their legal fees; this may leave them out of pocket and unable to purchase a replacement property.

The purpose of an off-the-plan contract is to sell vacant land or strata property before it is actually built. Therefore, these contracts do not allocate separate titles at the time they are entered into but rather, on completion of the building; lots will be identified for each prospective purchaser. Off-the-plan contracts are conditional contracts and must ensure there is a clause catering to a scenario where for whatever reason, the development does not reach completion. The clause delivering such protection is referred to as the ‘sunset clause’.

As we have noted above, Division 10 of the Conveyancing Act 1919 inhibits developers from unfairly calling of the off the plan contracts for residential property. Residential property has the same meaning within the act and covers, a parcel of land (less than 2.5 hectares) on which no more than two dwellings exist (or are undergoing construction), vacant land on which construction of one place of residence is not prohibited by law, a lot or lots (including proposed and not yet developed lots) and a lot or more than one lot (including proposed lots once again) under the strata schemes development legislation intended to be utilized as a single place of residence.

Under the new protective laws, vendors intending to rescind an off-the-plan contract must give each purchaser, being a party to that contract, 28 days written notice prior to rescinding the contract and thereby exercising the sunset clause. The notice is required to outline why the vendor wishes to rescind and the notice must also give reasons for the delay.

In order for the vendor to successfully rescind under a sunset clause, we note that the lot must have not yet been created and the vendor can only rescind if the purchasers give written consent to the vendor’s rescission, or the rescission is permitted by reason of regulations (this is yet to be seen as no regulations have been developed) or the vendor obtains an order from the Supreme Court allowing the rescission.

Whether or not the Supreme Court will be inclined to allow the vendor to rescind the contract depends on a variety of considerations. These considerations include but are not limited to:

As a general rule, the vendor will be liable to pay the purchaser’s costs of any application made to the Supreme Court, unless there is evidence to show that the purchaser was unreasonable in refusing to consent to the rescission.

We note, the above new laws and protective provisions apply to any proposed rescissions taking place on or after 2 November 2015.