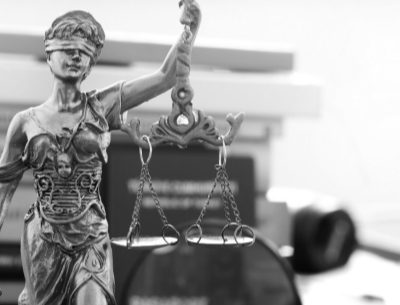 The year of 2019 has seen two significant cases concerning Australian Courts recognising and enforcing Chinese civil judgements. In Suzhou Hainshun Investment Management Co Ltd v Yue’e Zhao & Ors [2019] VSC 110 and Xu v Wang [2019] VSC 269, Cameron J of the Victoria Supreme Court handed down two decisions which treated two Chinese civil judgements differently. In Suzhou Haishun, her Honour granted summary judgement for the plaintiff though the defendant argued that the Chinese judgement was of a penal nature and denied the defendant’s access to natural justice. On the contrary, in Xu v Wang, her Honour refused to recognise and thus to enforce a Chinese civil judgement on the ground of abuse of process on the part of the applicant.

The General Rule and Exceptions

As we talked about in the previous article, four conditions must be satisfied before a foreign judgement is recognised by common law. Nonetheless, there are several exceptions that might hamper a foreign judgement’s recognition and enforcement in Australia. These exceptions are briefly summarised by Cameron J in Suzhou Haishun [2019] VSC 110 at [93]. Namely：

(a) granting enforcement of the foreign judgment would be contrary to Australian public policy;

(b) the foreign judgment is obtained by fraud (including equitable fraud) by the parties or by the foreign court;

(c) the foreign judgment is penal or a judgment for a revenue debt; and

(d) the enforcement of the decision would amount to a denial of natural justice.

What you should know as a respondent in a case of a foreign judgement’s recognition and enforcement?

First, it is difficult for you to argue that enforcing the foreign judgement would be contrary to Australia’s public policy. In fact, the public policy argument is the least favourable approach.

Second, the argument that the foreign judgement is obtained by fraud is not as easy as it seems to be. In Doe v Howard [2015] VSC 75, J Forrest J citing the New South Wales decision Wentworth v Rogers (No 5) (1986) 6 NSWLR 534 said that although there might be exceptional cases, ordinarily perjury is not enough to set aside the judgment (at [107]).

Third, in case of monetary judgement concerning debt recovery, it is hard to argue that the foreign judgement is penal in nature even though the damages or interest granted may be punitive. Cameron J in Suzhou Haishun confirmed that for a foreign judgement to be penal in nature, there must be some public element (at [97]). Whether there are sufficient public elements to generate a penal nature depends on the facts of each case, regards are to be had to the attitudes of the foreign courts, the category of the cause of cation of that foreign judgement and the purposes of relevant foreign laws (United States of America v Inkley [1989] 1 QB 255, 265).

Following Bleby J’s statement in Benefit Strategies Group Inc v Prider (2005) 91 SASR 544, 565-6 Cameron J held that if an Australian court finds that part of a foreign judgment is penal in nature, or relates to a law that is penal in nature, this does not necessarily render the judgment unenforceable in its entirety (at [101]). In fact, her Honour said that if part or all of the interest ordered to be paid by the Chinese court is held to be penal in nature, it will be entirely possible to sever those remedies from the Chinese judgments, and to enforce the remainder. As to the particular facts of Suzhou Hainshun the defendant argued that the interest rate granted by the Chinese court (quadruple the benchmark interest rate released by the People’s Bank of China for loans of the same type at the same period) was penal in nature, and Cameron J held that even though such interest rate was penal in nature, the judgement of repayment of debt was not affected and is enforceable by an Australian court.

Fourth, denial of nature justice may be the best approach to challenge the recognition and enforcement of a foreign judgement, but it will not be the case if you deliberately evade the foreign court’s lawful jurisdiction and service. In Xu v Wang, the essential reason why the Court refused to recognise the foreign judgement was that with the knowledge of the respondent’s Australian residence and contact information, the applicant instituted a proceeding in China against the respondent by substituted service, i.e., public announcement which was allowed by Chinese law. Therefore, the respondent’s right to fair trial was sacrificed.

What you should know if you are the applicant?

Do not waste Australian courts’ time and judicial resources. International legal shopping is loathed by Australian courts. In Xu v Wang, after the case was listed by the Victoria Supreme Court, the applicant went to China and instituted proceedings despite the fact the respondent resided in Australia and the disputed issues took place in Australia as well. The Chinese judgement was made quickly in favour of the applicant. Cameron J noted that the applicant could have informed the Court of the Chinese judgement. This fact contributed to the finding of abuse of process.

You must reasonably fulfil your procedural obligations under the foreign law to guarantee the respondent’s right of natural justice. Reasonableness depends upon the facts of each case, and regardless of the lawfulness of the foreign legal procedures. The applicant must genuinely and reasonably ensure that the respondent’s right of natural justice is not violated.