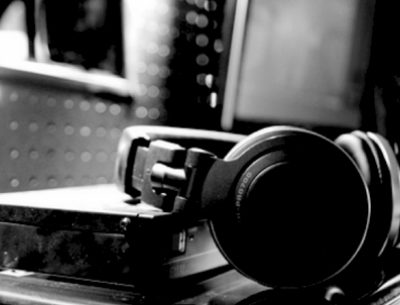 The Use of Listening Devices and Admissibility of Pre-recorded Evidence

Privacy is important to everyone in a civil society. NSW Parliament in 2007 enacted the Surveillance Devices Act 2007 (the ‘SDA’) to regulate the use of surveillance devices, including the installation, use and maintenance of listening devices.

Under section 4 of the SDA, a “listening device” means any device capable of being used to overhear, record, monitor or listen to a conversation or words spoken to or by any person in conversation. The most common listening devices nowadays are mobile phones.

The SDA prohibits the use of listening device without the consent of the person whose conversation is recorded.

Section 7(1) provides that a person must not knowingly install, use or cause to be used or maintain a listening device to:

(a) Overhear, record, monitor or listen to a private conversation to which the person is not a party, or

(b) Record a private conversation to which the person is a party.

Section 11 prohibits communication or publication of private conversations or recordings of activities.

It should be noted that section 7(3) of the SDA provides two exceptions to the prohibition.

Firstly, all of the principal parties to the conversation consent, expressly or impliedly, to the listening device being so used.

Generally speaking, the pre-recorded evidence obtained by a surveillance device is not admissible as it contravenes the SDA. But there are three ways by which the recording evidence may be successfully admitted.

1. “Reasonably necessary for the protection of the lawful interests”

By arguing that the application of ‘reasonably necessary for the protection of the lawful interests’ under s 7(3) of the SDA, the recording evidence may be admitted as lawfully obtained evidence.

For instance, in Dong v Song [2018] ACTSC 82, the recording made by the plaintiff as to confirming the content of previous talks immediately before the commencement of a civil proceeding was held to be reasonably necessary to protect the plaintiff’s lawful interests and thus was admissible.

The party that unlawfully obtains the evidence may still be able to rely on the evidence if the court exercises its statutory discretion to admit it under the evidence legislation across all Australian jurisdictions.

Family law authority indicates that for the purpose of determining important family issues, the court may exercise its discretion and admit the pre-recorded evidence even though the SDA has been contravened (see for example Gin & Hing [2019] FamCA 779 at [61] per Wilson J).

If an unlawful recording leads to a lawful search warrant, then subsequent evidence is obtained legally and admissible unaffected by the previous illegality.

In Kadir v The Queen [2020] HCA 1, the High Court held that the evidence obtained by the execution of a lawful search warrant is admissible although the search warrant was issued following an unlawful recording which contravened the SDA.

The Counsel for one of the appellants, Ms Grech, argued that the Court of Criminal Appeal read s 138(1)(b) of the Evidence Act too narrowly. According to Ms Grech, the ‘way’ evidence is obtained is to be understood as referring to the entire chain of causation and not merely the final link in the chain. (Kadir at [39]).

The High Court rejected that argument, holding that the US jurisprudential theory of ‘fruit of the poisonous tree’ is not reflected in Australian evidence legislation (Kadir at [40]). Thus, the evidence obtained by a lawful search warrant is not the consequence of the contravention of the SDA, and is admissible.

Therefore for criminal proceedings, if the evidence is obtained by lawful procedure, the unlawful method which reveals the existence of illegal facts will not affect the admissibility of the final evidence.